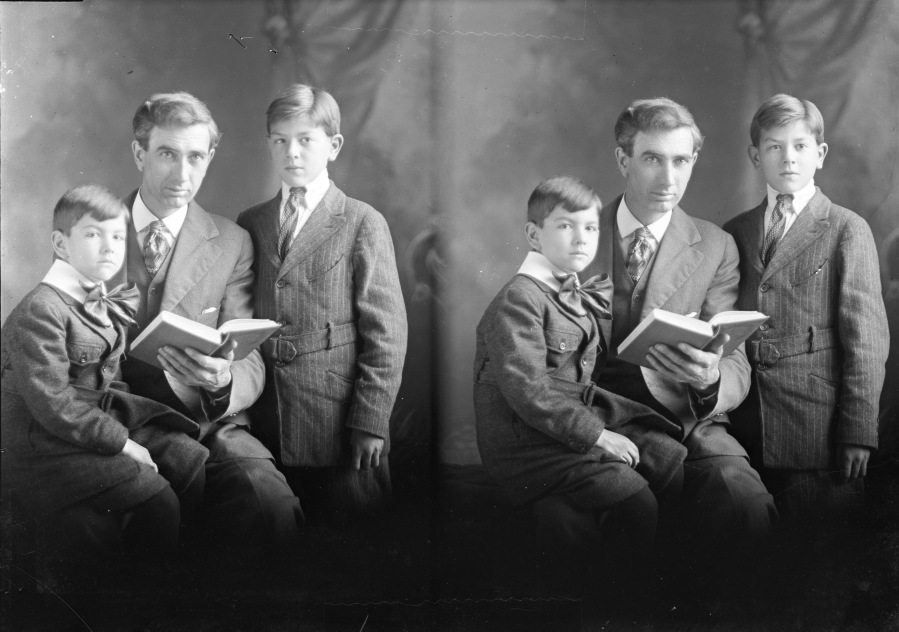 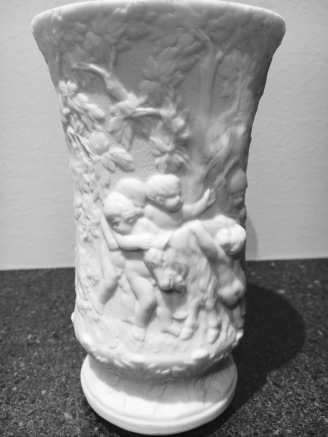 I love browsing through auctions, book sales,  and rummage sales (or perhaps it is that I remember that I used to love browsing, in those early days before children when I had far more time).  I like the excitement of the unexpected, that small thrill of finding items of value for little or nothing. For example, a Parian vase in Goodwill for $1.79 (above). Or a 1970 first edition hard cover with jacket of Roald Dahl’s Fantastic Mr. Fox at a book sale for $1.00. Books are funny things, first editions with jackets can sometimes be worth a lot more than you might imagine. And useful items can be found as well, such as a Foley food mill, that I now use to make applesauce, and would have had to pay quite a bit more for if I hadn’t found it second-hand.  And sometimes they aren’t valuable or useful, they’re just the thing you love, want, or need for no particular reason.

I realized the other day that I’ve also found some pretty good stuff for free.

Brilliant-style cut glass vase (someone was cleaning out a house and just set things out on a sheet on the lawn out front with a free sign, this was among those).  The apple is in this picture is for scale.  It was not free.  I’m wary of free apples unless my own…

Also free: Anchor Hocking Fireking cake stand and low footed bowl. I saw the cake stand on a lawn with a bunch of other stuff and turned the car around to see if it was really a cake stand I had seen, because I’d been hankering for one for a while. It was, and it was next to a sign: “Free.”

That same Anchor Hocking Fireking cake stand and low footed bowl with grape pattern. Photobomb by Oscar, who was the kitten I found…. by the side of the road.

Now a few years on he has grown up and is now an excellent mouser and bug-catcher (and with superpowers of climbing straight up walls to catch a bug and raccoon habits of washing his toys in the dogs’ water bowl).  In the pic above he is on top of our woodbox.

This is a small table made of rough cut lumber, found in Shaftsbury, Vermont (roadside), of curious construction.  I think it may have been made for a barn, or farm use, but not sure what or why.

And while I have found a few things,  I also give them out.  I guess you could say what goes around, comes around? I will set things out that I no longer want, about once a year, on our own lawn with a “free” sign.  It’s quite satisfying to set things out and then look out a bit later and poof… gone! It’s fun, gratifying even.  Once I set out some baby things, and a pregnant woman stopped by within fifteen seconds of my leaving out a  baby swing and one of those spin-seat baby things that would have had  wheels just a few years ago.  And this is not a populous area, we live on a rural road, so the traffic is intermittent. Fifteen seconds, and a pregnant woman stopped by.  I was literally walking up the drive way after leaving these items by the roadside. Serendipity.  It was as thrilling as finding something, or better, to have put out those items by chance, and so quickly have them found by someone in need.

The things we choose to keep, and those we choose to give away-it all evens out somehow. The things on this page though, these are sticking around, for a little while at least.

I remember as a child placing a small toy in an empty drawer and thinking I could never ever imagine having so many “things” that I could lose track.  I remember that I was amazed, and that it was my response to someone else having said they had forgotten about having such and such an item.  And now, so many years later, I recall that sense of amazement and laugh as I go through what I have to try and pare down and eliminate those things that no longer fit and decide what to keep and pass down (anything passed down to me stays, and I pare down those things I’ve accumulated on my own).  I even skip browsing for months at a time, because I just can’t handle any more stuff.  A long way and a lot of stuff since placing that toy in an empty drawer as a child.

We choose the things we travel through life with, those objects we hold close or pack away, like an entourage of things, a constellation of objects, even of friends, or family.  Hopefully that constellation consists of just the right amount: none too few or many for the journey, a group of travelers in a slow orbit, at the right speed, not too fast and not too slow, and with plenty of laughter.

And before I go, I have one more lucky find, a trove of photos from H.M. Bloom of Hudson Falls, NY, with the last name of a branch of family relatives.  It’s a common sight to see unlabeled antique photographs, but I recently found eight glass negatives on an online auction site labeled with the Van Schaick name, by a Hudson Falls photographer.  Hudson Falls is next to Glens Falls, and near Saratoga and Greenwich, and Easton, New York, and some great grand-parents are buried in the Moss Street Cemetery of Hudson Falls.  I’m not sure exactly who these Van Schaicks are, or whether they are in fact related closely (it may have just been that they were under the “Van Schaick” section of the photographer’s stored glass negatives, and actually of more than one family), but to me some of them really look like recognizable family.

For any relatives reading this, you can right-click and save the pics, or use the contact form and I will email you copies.  And, if you recognize anyone, do let me know.  I’ve done some sleuthing on Ancestry, but nothing concrete.  The seller had removed the paper envelopes, and the transcriptions of the info with each negative is given in the caption (anything in parentheses is my addition).

So these Van Schaicks, mysterious and yet some-what  familiar, now no longer with us… I hope that by scanning those glass negatives and putting them online, they’ll stick around for a while longer, and maybe even become more definitely identified.