Spring is coming on a bit faster now, more visible and seemingly at a less glacial pace.  We have snow drops blooming under a plum tree and bits of moss greening up between stretches of dry leaves in the woods.

Blue skies behind the smooth-skinned beeches.

The grass is not yet green, but shows hints of life in patches.  Late last week on a drive further south, I saw the red bloom of maples, that reddish haze from a distance over silvery twiggy tree that appears before any leaves come out, but it’s not warm enough at our house for the maples to bloom.  Ducks in puddles in the fields, some geese on their way back. Still no serious mud, it may be that the thaw has been slow enough that we won’t see the usual muddy mess on dirt roads (Vermont being a state where the state Supreme Court says that erratic driving on dirt roads during mud season is not sufficient cause for the police to pull a driver over).

The Barred Rock chicks moved out to the new coop this morning, at 4 1/2 weeks old, all of their feathers in, and so very much larger than the baby chicks they once were.  It’s amazing how fast chickens grow after the first week.

We gradually acclimated them to cooler temperatures, moving them out of the house in stages:  first in the cellar with supplemental heat, and then without extra heat in that same cellar at a steady 50 degrees, and now outside in the coop, with daytime temperatures in the 60’s this coming week and nights in the 40’s. Chilly in the coop, but getting warmer with spring coming on.

I’d say never again (no more chicks in the house) but these chicks were just the opening act and the weather still too cold for an outdoor brooder. We welcomed 25 Ancona chicks and are starting all over again, but this time hopefully a little wiser. These new chicks will be in the house two weeks, and then acclimating to cooler temps will begin:  out to the garage with supplemental heat for 10 days or so, depending on outdoor temps, and then without, and then out to the coop, weather permitting. 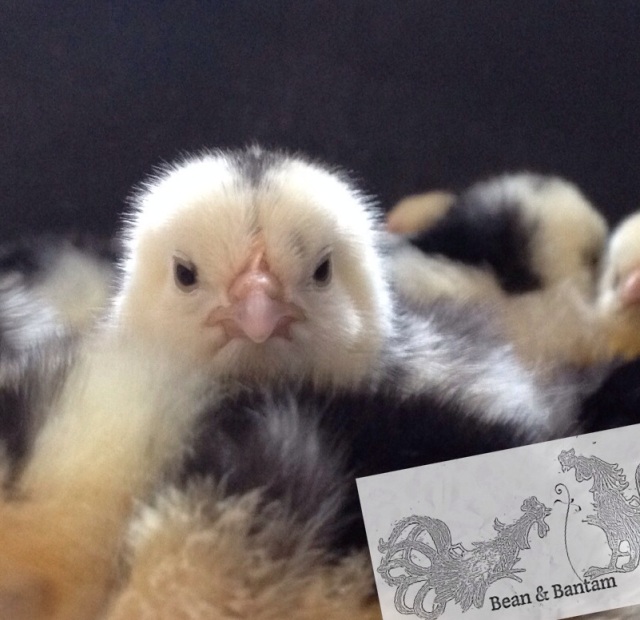 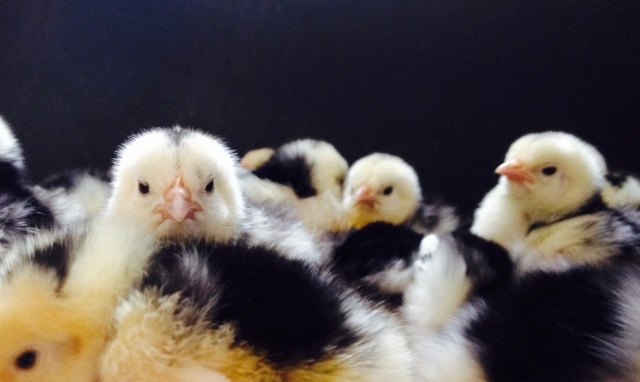 So that’s our spring so far, coming in on little bird feet (with apologies to Carl Sandburg).

How is your spring coming?

12 thoughts on “Spring Comes in… on Little Bird Feet”